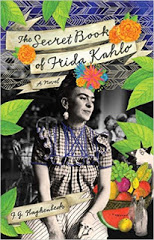 Our current (August/September) Cook the Books Club selection is The Secret Book of Frida Kahlo, by F.G. Haghenbeck, hosted by Debra of Eliot's Eats.  I began his novel, intrigued to learn more about the famous artist.  My interest in her was originally piqued by a mole demonstration I attended at the Kona Chocolate Festival several years ago.  The very charming Mexican chef prepared a recipe for Mole Poblano which he said could be found in the book, Frida's Fiestas.  And after tasting his delicious meal, I ran right out (via Amazon) to get that book, which is indeed a beautiful one, filled with wonderful recipes, art and photography, much of it taken at her famous Blue House, and co-written by Frida's step-daughter, Guadalupe Rivera, who states in an Epilogue that the purpose of her writing was to offer "a different aspect of Frida's way of life, the joyous one."

That said, I must admit to dismay and a bit of revulsion at the other side of her life, as revealed in  Haghenbeck's novelized account of Frida's mostly painful and amoral life.  It was difficult finding very much to relate to or admire in the book, dragging on as it did with sordidness and pain. Not a fun or uplifting read.

In spite of the awkwardness of  the writing (due partly to translation?) and fictionalized bits, dream sequences, etc., it seems to be a true enough rendering, at least in spirit, of Frida's life, according to her more accurate biography, Frida by Hayden Herrera, upon which the movie was based. 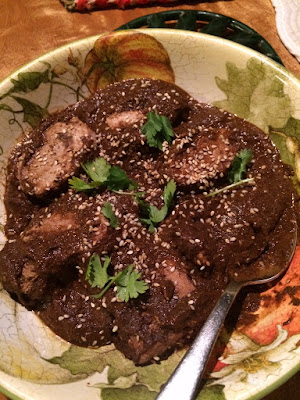 Inspiring though, as far as food goes, lots of recipes and references to wonderful meals.  I just love eating and cooking Mexican.  How to choose??  Then whilst reading one of my little mystery thrillers, there happened to be a mention of "Pork Medallions in a Dark Chocolate Chipolte Sauce".  Now that grabbed my attention. 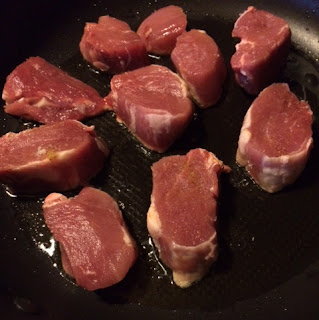 The pork medallions were very easy.  Just about a 1 lb. piece of pork tenderloin, sliced into 1 inch sections, then cooked about 3 minutes per side in some olive oil.  You can do that while the sauce is simmering and almost done. 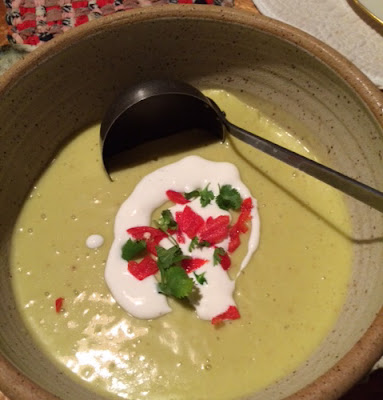 As per Frida's Fiestas, which is arranged menu style, I planned mine around the main dish.  For starters, a cold avocado soup, providing a nice contrast, garnished with crema, chopped sweet red pepper and cilantro.  A beautiful red rice from the same book to go with that delicious pork in dark chocolate chipolte sauce, and a small tossed salad. 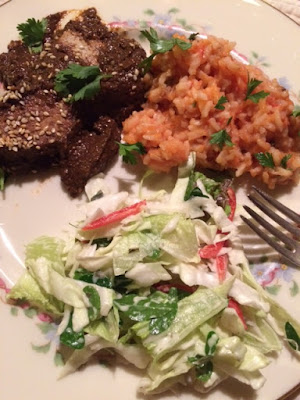 For the sauce recipe I used, with some adaptation, the Mole Poblano from Frida's Fiestas. 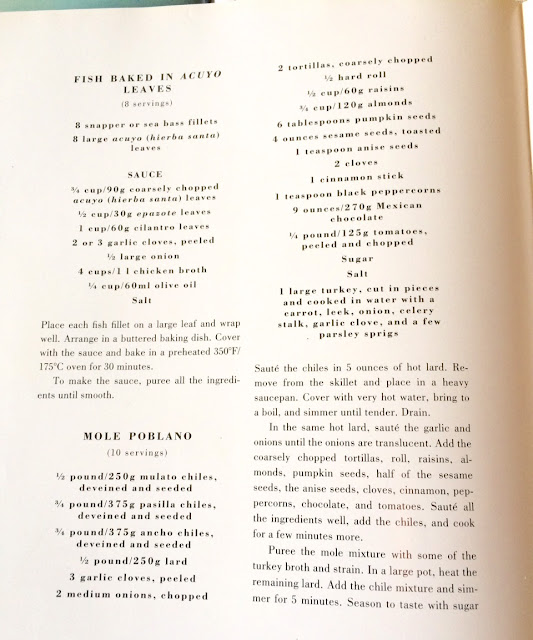 Changes: I cut the recipe by half, used my chicken stock, 2 ancho chiles and a 1/2 teaspoon of ground chipolte, instead of the other chiles, as we do not posses cast-iron stomachs, also some stale bread instead of the rolls and tortilla for thickening. Otherwise the same.  Well, except I used home-grown cacao pods instead of "Mexican chocolate".  This recipe makes a whole LOT of sauce!  I will be freezing the extra for later uses. 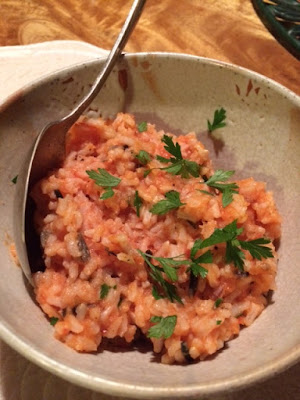 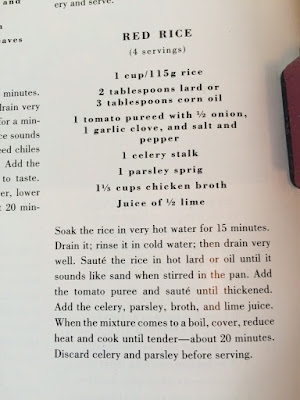 The red rice was simple, delicious and a fabulous way to use a bit of left-over cooked rice.  Just add the tomato, etc. puree to the rice and stir fry (I used bacon drippings instead of lard) til liquids are incorporated and rice is dry but moist.  I didn't use celery, and added the parsley at finish.  The lime was especially nice in there.

And that concludes my wonderful meal in honor of Cook the Books Club, and the Frida Extravaganza.  I won't be watching the movie though. Enough is enough.   Feel free to join in with book and movie or one or the other, just read or watch, then post your inspired dish.  More info on the above link.  I'll also be sharing this post with the Weekend Cooking event over at Beth Fish Reads.  Check out  that link as well for lots of good things.

Thanks for posting, Claudia. I think that Herrera's work is the definitive bio of Frida. Yes, she had a weird life. I smiled when you used the word "awkwardness." Glad you pushed through and finished the book. Lovely, lovely dish.

I skipped this CTB selection since I didn't think I'd enjoy the,as you said, sordidness.

Pork Medallions in a Dark Chocolate Chipolte Sauce sounds so good, I may make it soon.

Barbara Kingsolver's book "The Lacuna" has an interesting encounter with Frida and Diego. They seem to pop up all the time, in unexpected historical contexts. I wish you would invite me to dinner -- that is a really appealing recipe and overall menu!

What a delicious meal you prepared! I'm curious to see both the cookbook and the novel (though I'd probably be turned off by the sordidness). The pork medallions look yummy. I just happen to have some Mexican chocolate on hand too! Thanks!

Luckily ou don't have to like the artist to like their work. Have a great week. Cheers from Carole's Chatter

This recipe sounds really good!
Interesting and tasty at the same time

The pork looks fantastic (and the rice). I'm not quite sure the novel is for me but I'm going to see if my library as the cookbook.

The book may not be for me, either, but the meal looks delicious.... especially those pork medallions!

There are many recipes in the book, you picked some good ones. That is indeed a lot of suce so I guess I would also freeze some up.

Wow....what an amazing dinner. I wanted to stick a fork right into my computer screen.

Great recipes! I felt the same way about the book (and I loved Frida's Fiestas, too!)

I was tempted by poblano mole as my husband really likes them but went in another direction.

What a beautiful meal you made! I am with you: I could have done without knowing all the details of her life.