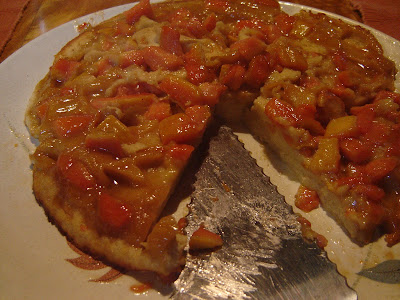 I have always called this a Dutch Baby, but you may know it as Clafouti.  The recipe is pretty much the same, and you probably don't need me to post that, as it's been done, a lot.  This is a version, using once again that ever present sourdough bread starter, lurking in my refrigerator. 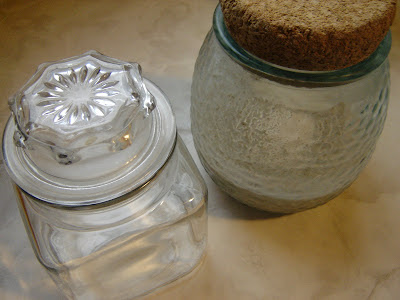 When I am going to make bread (usually about once a week), a few days ahead of time I put a small portion of starter in a separate jar and begin to feed it more, leaving the jar out on my counter, and put the rest back in the fridge.  Every time before feeding that new batch, about half of it is first poured back into the "mother" starter, kept in the fridge.  This is the accumulating, lurking entity I am talking about.  It takes some attention and culinary creativity putting it to good use, i.e. English muffins, crumpets, pizza, coffee cake, flatbread, pancakes, all of which I have posted about, and now this Dutch Baby or Clafouti thingy. 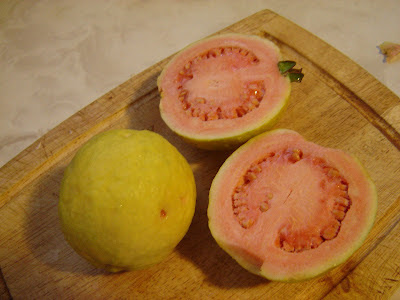 As two lovely guavas were ready to fall off the tree, I thought of adapting a favorite breakfast dish - the Dutch Baby (who knows where that name came from).  The recipe is very simple, with 3 eggs and equal portions of flour and milk (3/4 cup), whipped up in a blender.  The idea on this version was to sub out the flour and milk for a cup of starter,  plus a small portion of milk to bring the batter to a similar pancake consistency.
Continue reading>>
Posted by Claudia at 10:44 AM 3 comments: 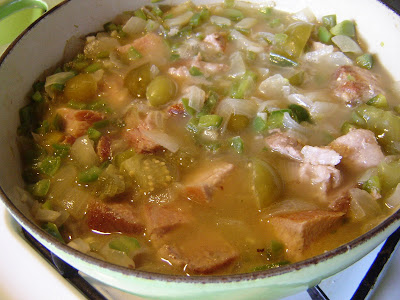 What inspires my cooking varies.  Probably like most of you.  It could be the random remark someone drops about a restaurant meal, or particular dish they had, a pristine vegetable shining out from the produce bin, or a character in a book mentions a food that strikes my fancy.

For instance,  I was recently reading an old Sue Grafton novel, G is for Gumshoe.  I think she's gotten to V at this point in her alphabet murders.  Kinsey and Dietz were eating Chili Verde at a Western style restaurant, talking about how good it was, slurping juices, digging in with gusto, mopping up with fresh tortillas.  And that was it.  I had to have some.