The Year of the Kumquat 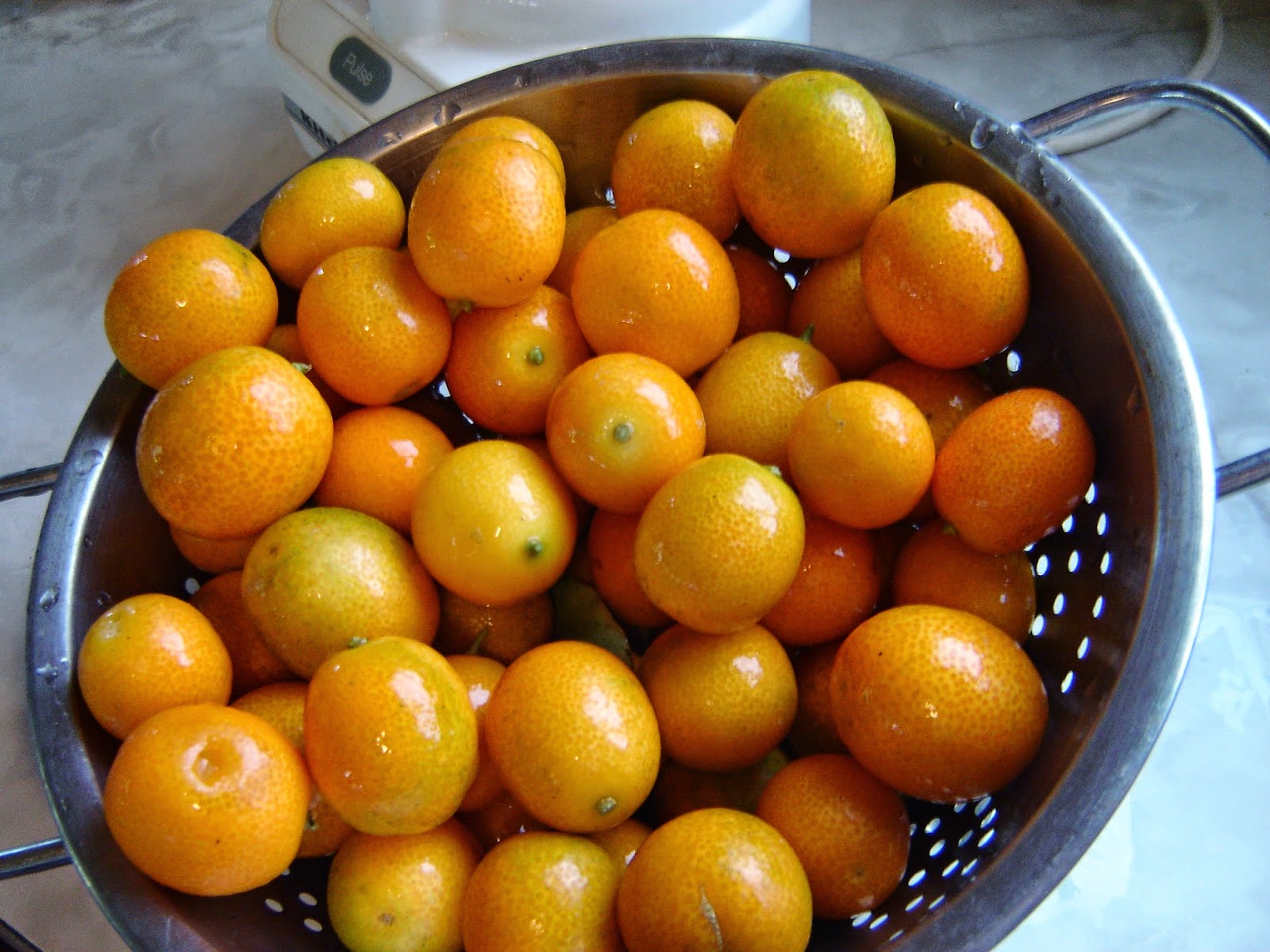 A very small portion of them shown here.
When life gives you lemons, you make lemonade, or in my case Lemon Mead, and when you've been blessed with a load of kumquats, you need to be creative with them.  We haven't really had a whole year of them, it just sounded good, and sometimes feels that way.  Bob has had a strange obsession with the fruit ever since Thanksgiving when I made a Cranberry Kumquat Sauce.  I know it was only partly my delicious creation, with the other driving factor being humor.  Really, the name is not that funny.  He started with Facebook posting a W.C. Fields film clip on kumquats.  Yes, that was funny, ha ha ha.  Then Googling and posting all sorts of information on the fruit, health benefits, recipes and etc.  And which has caused other people to give him kumquats. 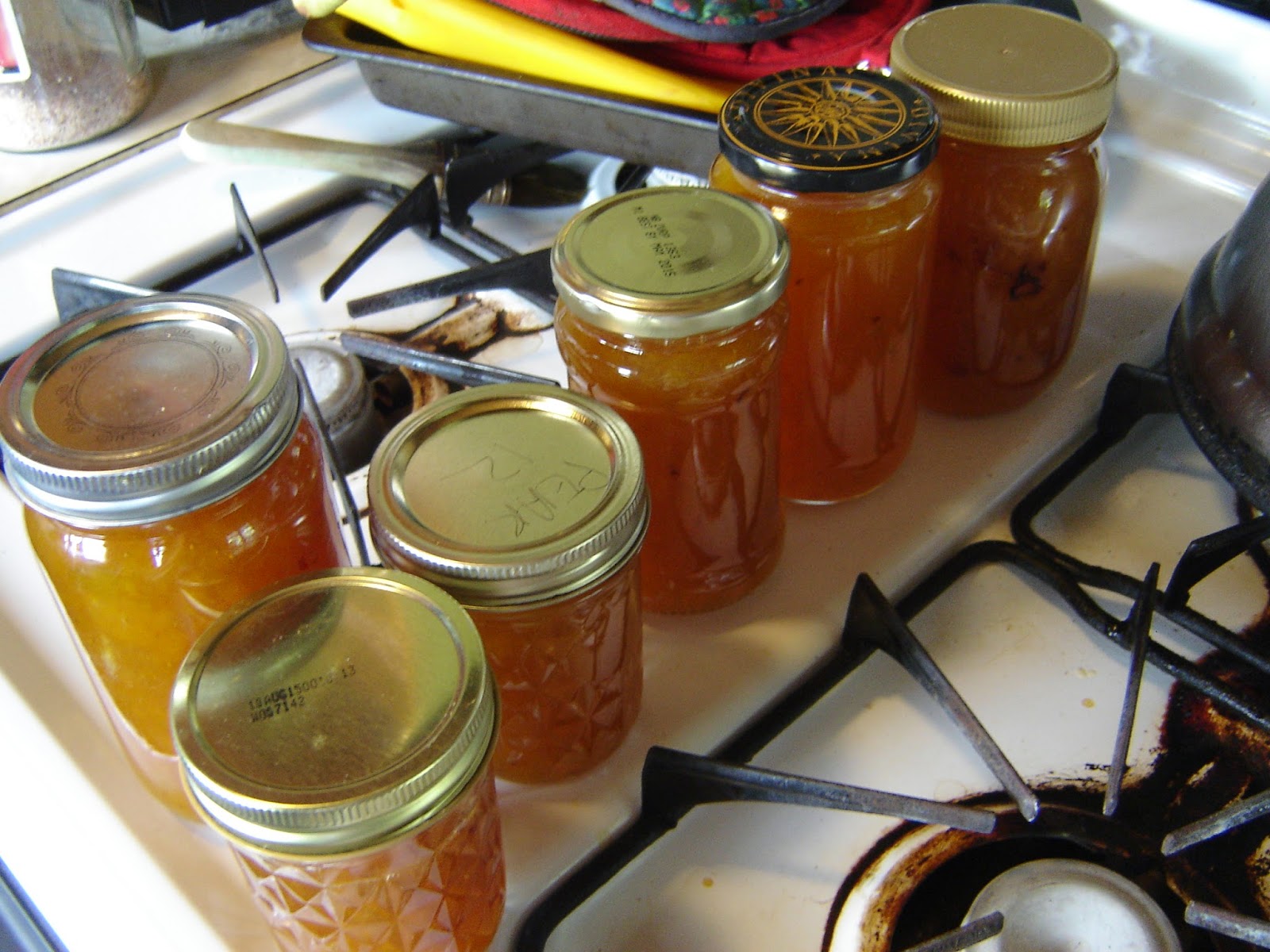 Bob notwithstanding, I still needed to deal with the second large bagful of those tasty little citrus, thanks due to Nancy, whom some of you might remember from my fabulous post on chocolate making.  First up was marmalade, which I simplified.  I did not like the sound of most of those lengthy recipes.  So, rather than mincing them all, one at a time, I tossed the halved, seeded fruit into a food processor and voila. 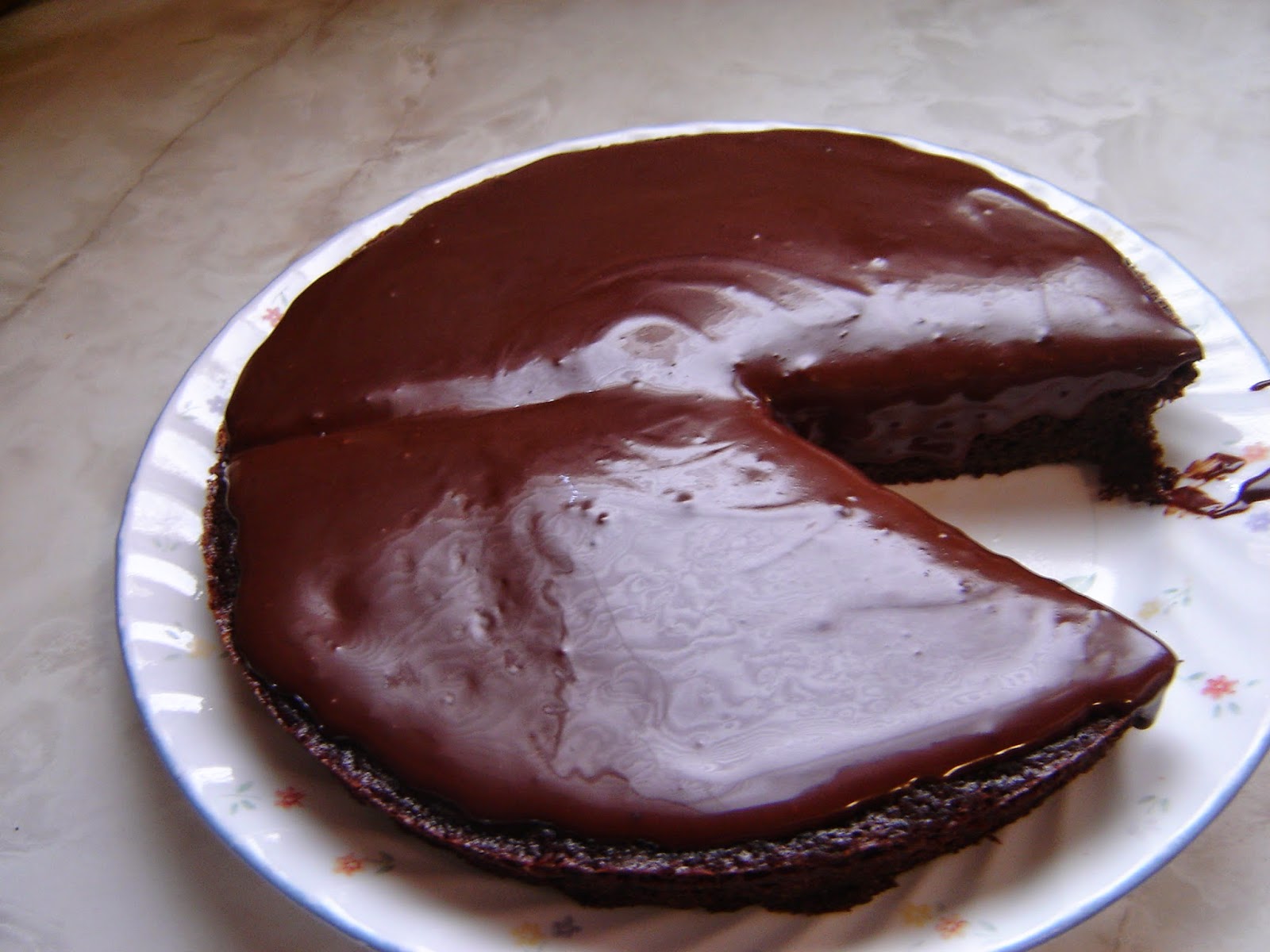 I am posting about this cake for two reasons.  One, due to being absolutely ashamed of myself for neglecting this blog.  Have not been posting consistently, and mean to change that.  Secondly, not only was that cake totally delicious, but gluten free.  Now I'm not "normally" a gluten free person.  My husband, Bob, thinks it the joke of the year to ask at the Natural Foods store if he can have some of that free gluten that's going around.  But when our local supermarket coupon booklet came in the mail, with a GF cake on the cover, that was my heads up, knowing I would be having a group of women over, one of whom is, yes GF.

The Chocolate ganache icing was simplicity itself, consisting of just cream and chocolate chips.  The recipe called for coconut milk, but if you have an opened container of cream on hand, I figure go with it.  And, truly the taste cannot be beaten.  Unless you are also lactose free.

Continue reading>>
Posted by Claudia at 3:27 PM No comments: