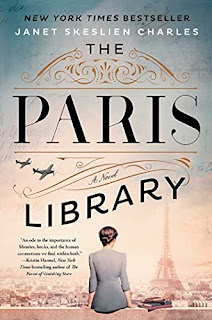 Though I certainly don't post reviews with recipes for all the books I read, sometimes the urge comes when a novel is particularly appealing.  For instance, The Paris Library, by Janet Skeslien Charles, another of the many WWII novels written since those war years, but with some differences.  Through her various characters, we see our own human tendency to judge others, to hold resentment, with often tragic repercussions, and the importance of forgiveness.  As it has been written, "Look after each other so that no poisonous root of bitterness grows up to trouble you, corrupting many."
We see this very clearly in Odile, an intelligent, helpful and charming, though imperfect leading lady, during those war years in Paris, and later as an old woman in America, wiser and able to mentor Lily, a young woman making and about to make similar mistakes in her life.  They form a precious intergenerational friendship, which is encouraging and important to them both.
From the Publishers:
"An instant New York Times, Washington Post, and USA TODAY bestseller—based on the true story of the heroic librarians at the American Library in Paris during World War II—The Paris Library is a moving and unforgettable “ode to the importance of libraries, books, and the human connections we find within both” (Kristin Harmel, New York Times bestselling author).

Paris, 1939: Young and ambitious Odile Souchet seems to have the perfect life with her handsome police officer beau and a dream job at the American Library in Paris. When the Nazis march into the city, Odile stands to lose everything she holds dear, including her beloved library. Together with her fellow librarians, Odile joins the Resistance with the best weapons she has: books. But when the war finally ends, instead of freedom, Odile tastes the bitter sting of unspeakable betrayal.

Montana, 1983: Lily is a lonely teenager looking for adventure in small-town Montana. Her interest is piqued by her solitary, elderly neighbor. As Lily uncovers more about her neighbor’s mysterious past, she finds that they share a love of language, the same longings, and the same intense jealousy, never suspecting that a dark secret from the past connects them." 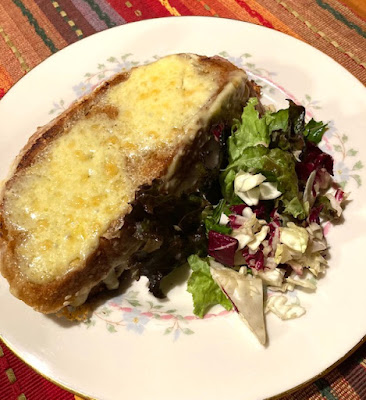