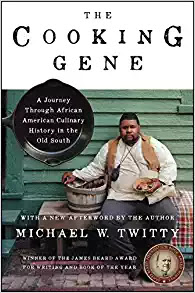 Thanksgiving Drink to Cure the Shudders 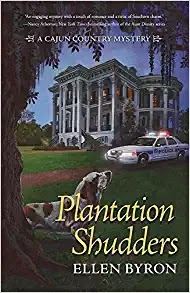 This debut novel by Ellen Byron, Plantation Shudders, refers to the sense of deja vu or impending doom, either one or the other, which may attack a person of sensitive spirits.  Apparently this is common in the South (and in Celtic countries). I can't speak from experience.  Several characters were getting those shudders at the beginning of the book, so we had a definite feeling that something gruesome would be occurring shortly.  Well, it's a "Cajun Country Mystery", so what you would expect. Murder and mayhem. More from the Publishers:

"Check in for some Southern hospitality in Plantation Shudders, the Cajun Country series debut from Ellen Byron.
It's the end of the summer and Prodigal Daughter Maggie Crozat has returned home to her family's plantation-turned-bed-and-breakfast in Louisiana. The Crozats have an inn full of guests for the local food festival--elderly honeymooners, the Cajun Cuties, a mysterious stranger from Texas, a couple of hipster lovebirds, and a trio of Georgia frat boys. But when the elderly couple keels over dead within minutes of each other--one from very unnatural causes-- Maggie and the others suddenly become suspects in a murder.

Pear, Pistachio and Rose Cake At My Table 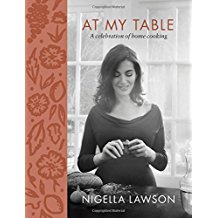 Some one of you out there mentioned this cookbook, At My Table, by Nigella Lawson.  Who can be blamed??  I checked it out of the library, then was forced to buy my own copy.  Me, who had earlier determined that there was a surfeit of cookbooks around here. It was just kismet I suppose.  The too lovely photographs and too delicious sounding meals.  Wonderful concoctions I needed to try for myself.  One of which was this Pear, Pistachio and Rose cake.  And another, her Indian-Spiced Chicken and Potato Traybake.  Both turned out so scrumptious.

Now I have all the rest of Nigella's book to have fun experimenting with.  Because, of course, as must be admitted, and along with many of you, I actually get inspiration more than anything else from a good cookbook; it's a take-off point.