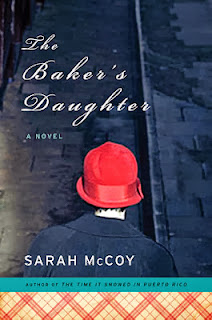 As I began to read our current Cook the Books Club selection, The Baker's Daughter, by Sarah McCoy, I became more and more drawn into the story, both for its own sake, and then especially after remembering that my own mother was a German baker's daughter.  Her father's father came from Germany in the latter part of the 19th century, migrating to Minnesota, and from there his son, her father, Charles Ulmen, moved his young family to California around 1910, where he opened a bakery, which morphed into a cookie factory.

I know they made a variety of cookies, at least one of them chocolate, based on an old family story of my uncle's raid on the bakery supplies.  The little guy ate enough chocolate to make himself sick, and never wanted any more for the remainder of his life.

Previously my genealogical research had been confined to my father's side, so this was an encouragement to dig into my mother's history.  Why did her grandfather leave his home in Europe, and exactly when.  Lots more remains to be discovered.

This book was a fascinating tale of life in Germany during the World War II years, from one young girl's perspective, and all through it we are tempted by the descriptions of delicious breads and pastries in their family bakery.  I was inspired to attempt them all.  Which might just happen, eventually.
Continue reading>>
Posted by Claudia at 10:16 AM 9 comments: 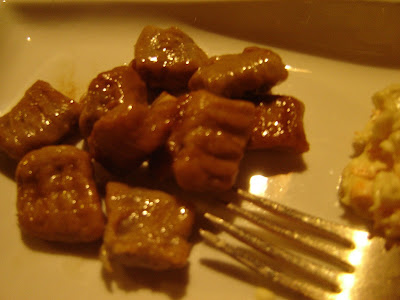 Bob said,  "Knee aki?? what's that?" I told him, "It's what you're eating.  Think of them as little Italian potato dumplings."  "Okay."  He then made an off-the-wall comparison with Japanese mochi.  I was a bit miffed, or in Hawaii we'd say slightly hu hu over that, since mochi is not the consistency we're looking for in gnocchi.  And, they were absolutely not.  They were light and delicious.  Fluffy even, so there.  He now tells me that it was not a comment on the consistency.  Hummm.  Perhaps the steak was clouding his mind for anything other than MEAT.  Possibly.

Todd, who is The Daring Kitchen’s AWESOME webmaster and an amazing cook, is our September Daring Cooks’ host! Todd challenged us to make light and fluffy potato Gnocchi and encouraged us to flavor the lil pillows of goodness and go wild with a sauce to top them with!
Continue reading>>
Posted by Claudia at 8:08 AM 2 comments: 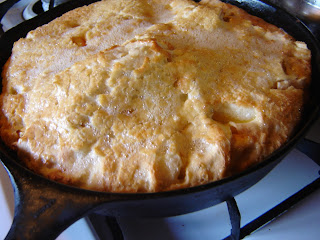 This is guava time in Hawaii, which I love as it gives me opportunities to update old recipes and try new ways of cooking and using guavas.  Also, I need to remember to freeze them when not immediately making something.  Then we can have Guava Cobbler or Dutch Baby or whatever at other times of the year.  Yes, duh.

The recipe I posted previously, for Dutch Baby, was an adaptation using sourdough starter.  This is the regular recipe, which I think is better (it puffs up folks), so a reprise of what I posted last year.  If you want your Clafouti to puff up nicely, the fruit needs to be on the bottom.  Which is also just easier.  And, if by this time you are saying to yourself, "...mumble, mumble, mumble..Dutch Baby...mumble, Clafouti??? What the heck is this??"  The answer is a big, fat pancake that puffs up from the three eggs in there.  Simpler than a pancake, as no baking powder needed or individual frying.
Continue reading>>
Posted by Claudia at 10:13 AM 3 comments: