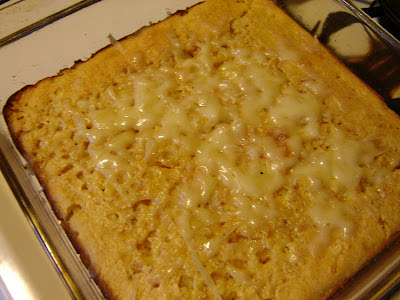 I have been looking into new ways of using cornmeal this past month.  Yes we like cornmeal pancakes a lot, waffles, tamales and even Corn Dodgers, polenta is a favorite, as well cornbread.  Still, we need to get out of our boxes.

Rachael of pizzarossa was our August 2012 Daring Cook hostess and she challenged us to broaden our knowledge of cornmeal! Rachael provided us with some amazing recipes and encouraged us to hunt down other cornmeal recipes that we’d never tried before – opening our eyes to literally 100s of cuisines and 1000s of new-to-us recipes!

The first recipe I tried was for a Crusty Soft-center Spoon Bread, which I had heard of and considered making in the past.  It sounds so yummy, I guess I just needed the impetus of this challenge to forge ahead.  Turns out to be a combination of cornbread  and pudding.  I added some grated cheese to the top, and we thought it was great.

The recipe, which was from my old Joy of Cooking, will follow. 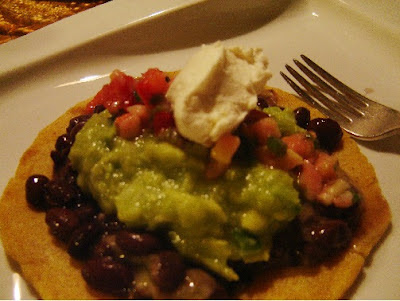 Next came Chalupas, a fairly obscure Mexican specialty, at least where we live, and I thought they would make a good entry for this challenge.  A type of tostada from south-central Mexico, particularly the states of Puebla, Guerrero and Oaxaca, they are much easier to make than tortillas (unless you are an accomplished tortilla maker), so tortillas for the amateur.
Continue reading>>
Posted by Claudia at 10:45 AM 10 comments: