Our current - June/July - read at Cook the Books Club is The Apprentice, My Life in the Kitchen, by Jacques Pépin, and what an entertaining writer he is!  I have to think when I've so much enjoyed a memoir.   From his time during the war years, frequently shuffled off to farms in the country for safety, working in his mother's series of restaurants, then a three year chef's apprenticeship at age 13, (you have to love that cover photo), on to cooking at Le Plaza Athénée, interrupted by the draft, which led to Pépin's serving as chef for France's new president, Charles de Gaulle, and eventually to life in America, including his adventures with famous chefs, research and development work for Howard Johnson, marriage, restaurant mangement, teaching, television appearances and writing numerous books on cooking.

The idea at Cook the Books Club is to read our bimonthly selection and post about whatever we are inspired by the book to cook.  What came most powerfully to mind for me was the lovely smell of roasting chicken, I don't know why.  Especially when liberally covered with chopped garlic, rosemary, salt and pepper, inside and out.  I roast my chicken for 1 1/2 hours at 400F in a cast iron pan.

As Pépin states at the close of his memoir, "While I do enjoy the esoteric, refined food of the great restaurants, I eat that food only occasionally.  My everyday tastes tend to a fare of roast chicken, braised pork..."  Have to agree with that. 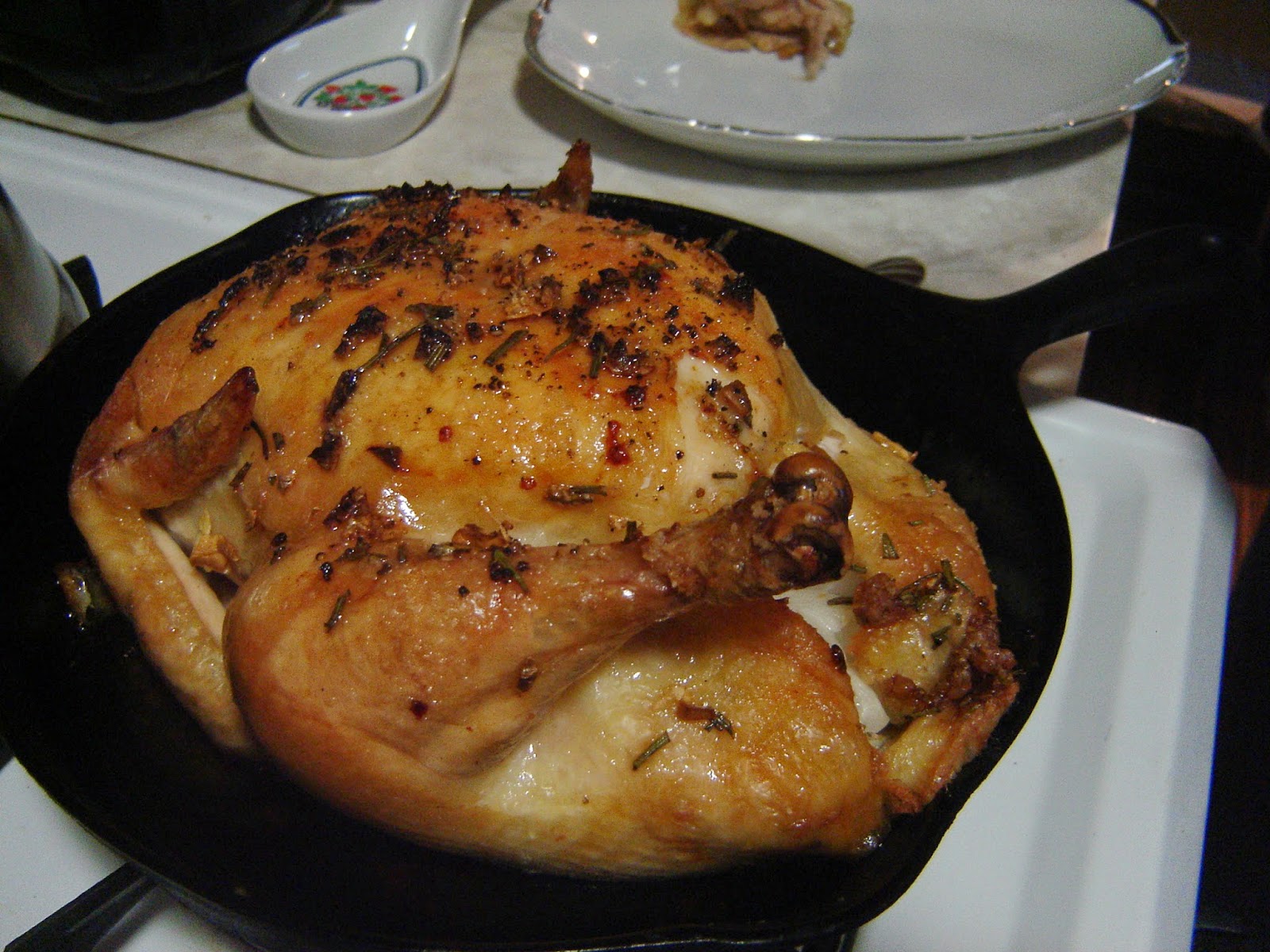 Note - Bob had carved off a leg before I got my shot.

Then Pépin's mention of serving "this roast with a gratin made of potatoes, a touch of garlic, cream, milk and cheese, which is called Gratin Dauphinois", caught my attention.  Even though the roast in question was lamb, that had to be my accompaniment.  In another place he writes of a galette (a flat cake) made of potatoes and mushrooms, so I decided to do a combination galette/gratin, one layer of grated potatoes and turnips, with a bit of onion, and milk, topped with Gruyere cheese, to go with the roast chicken. 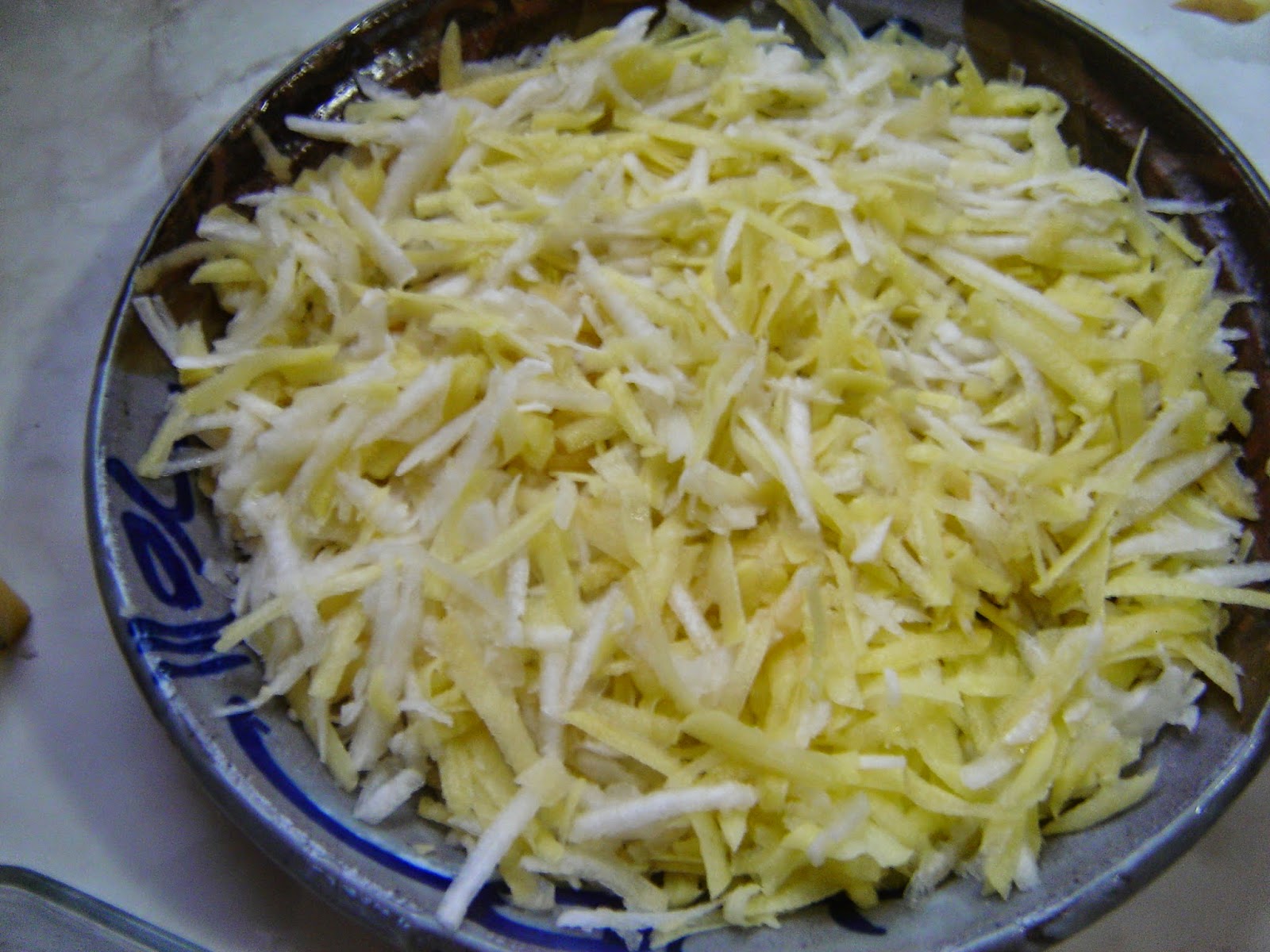 I poured about 1 cup of whole milk over all, with some salt and pepper, and cooked my galette along with the chicken, thereby saving gas.  The cheese was added 15 minutes before finish (1 hour). 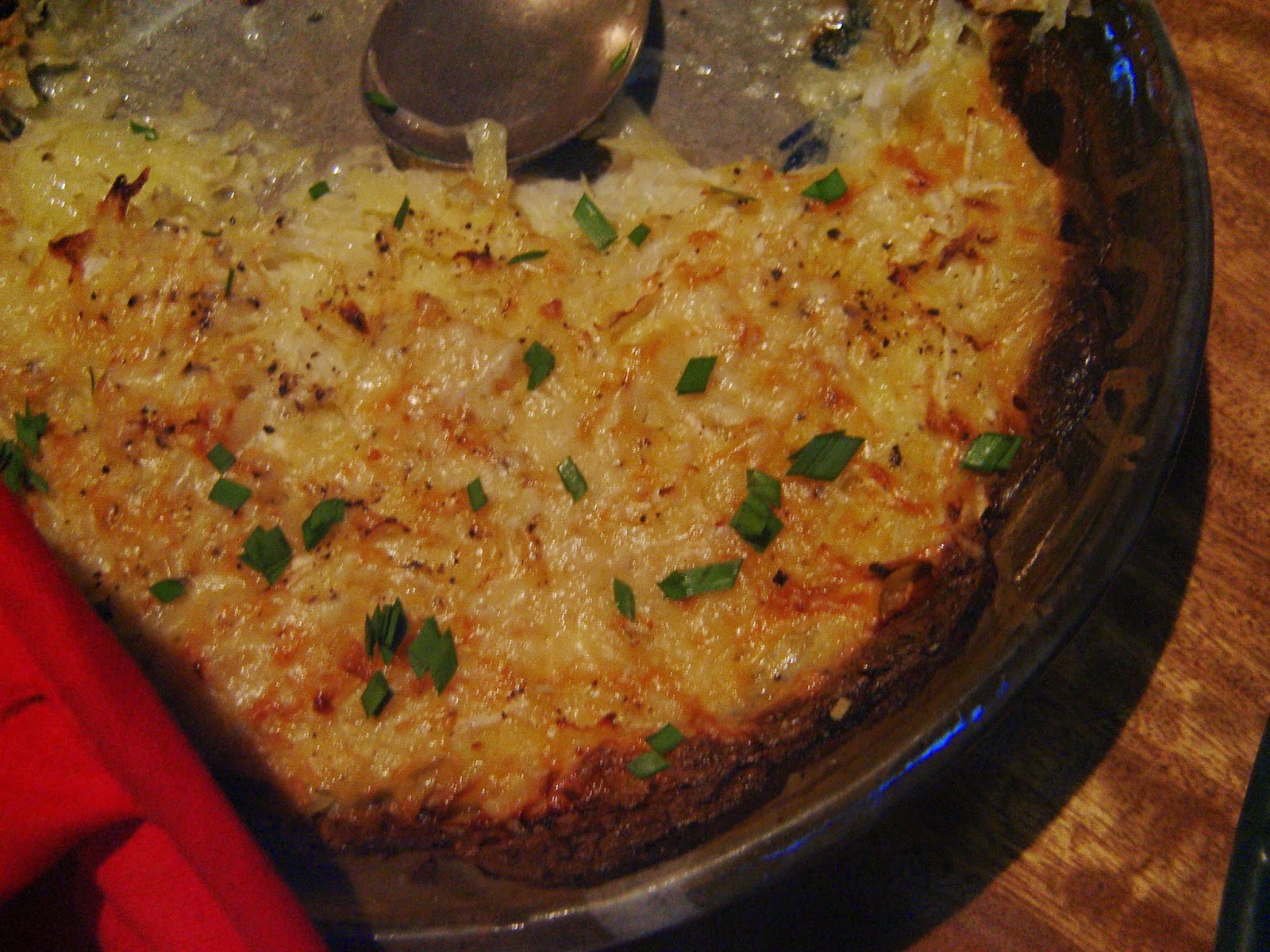 Topped with chopped chives when it came out of the oven, this was a perfect side dish to the roast.  I would possibly coat the pan with more duck fat or butter next time to make serving easier.  Delicious! 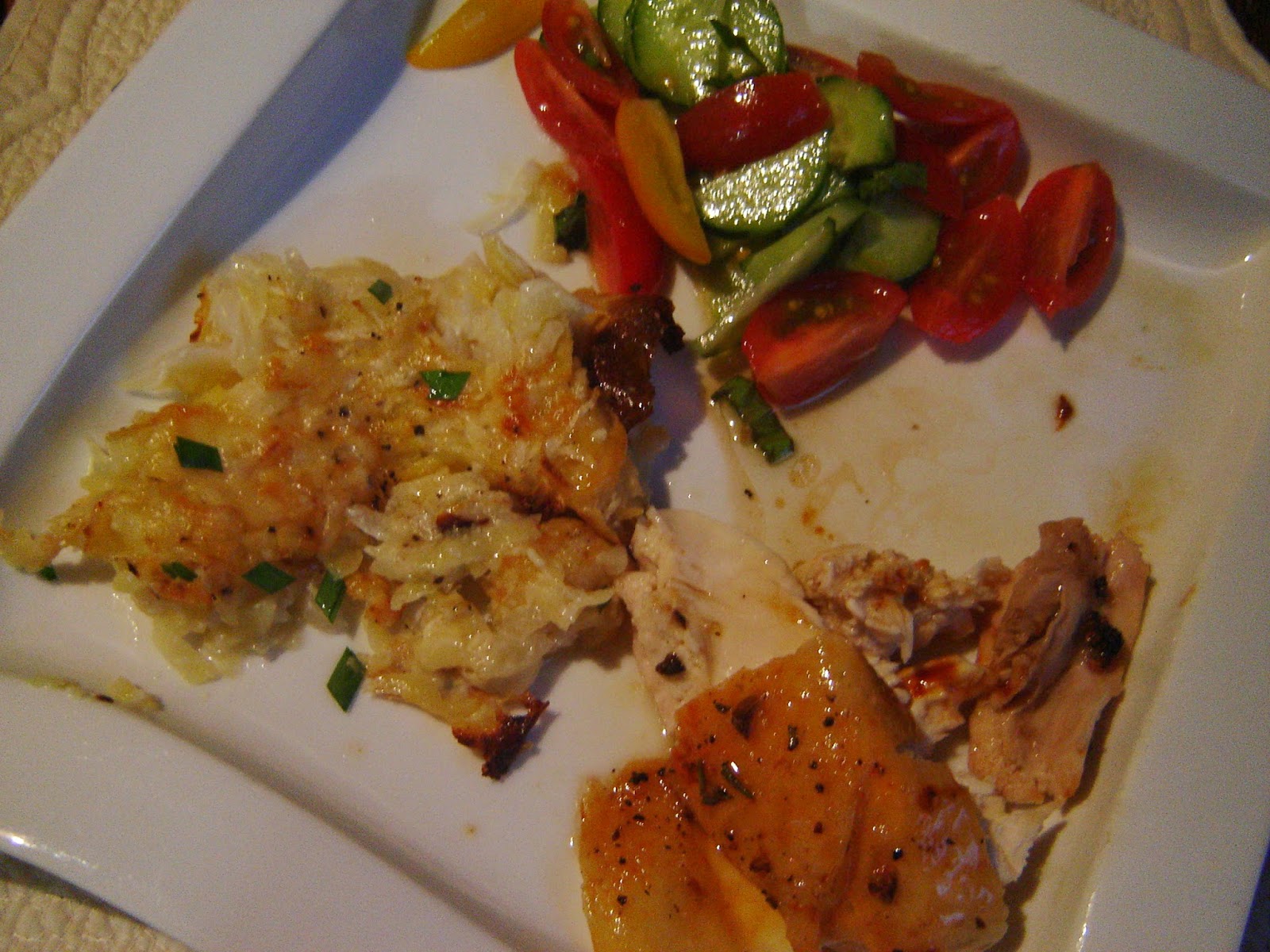 All you need is a bit of salad for the final touch.  There are so many more recipes and ideas that I want to try from this wonderful memoir.  So sweet that he included several of his mother's favorites as well.  Do stop by and see what's cooking from the other contributors or read the book and cook something yourself before the 31st.