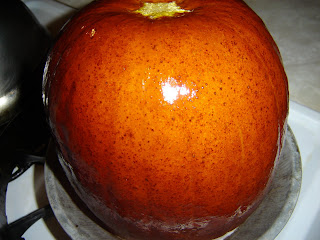 One of the most intriguing food events I've yet to come across, is called, "They Go Really Well Together", or TGRWT, and features a monthly challenge to combine two different foods, not ordinarily used together, in a recipe, and see how it works out.  I love things that stretch me in various areas, cooking included.  This month's combo is pumpkin and cooked chicken, with lemongrass as an additional option, hosted by John at Docsonz - the Blog.

This particular realm of the blogosphere seems to be inhabited primarily by chemists, doctors and chefs, so I'm definitely out of my orbit.  Zooming along irregardless with the big boys and girls.  The event was started by a Norwegian chemist, Martin Lersch, interested in molecular gastronomy, who states on his site, that it was: "to explore flavor pairings suggested by the hypothesis that if two foods have one or more key odorants in common it might very well be that they go well together and perhaps even compliment each other."

So, there you have it.  This month's pairing is actually not all that unusual - pumpkin and cooked chicken, even including the lemongrass.  You should just peruse some of the previous months for stranger ones.  I haven't gone through all of them yet, but it is one of my goals.  Anyway, this weekend, having some cooked chicken thighs left over, I took off the meat and reserved it.  Then used the bones, together with other saved chicken bones, and frozen vegetable scraps to make up a stock.  You can see where this is going.  Soup. 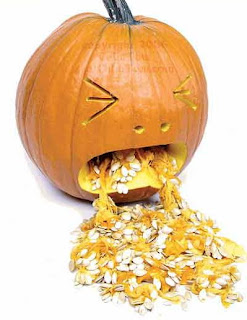 Couldn't resist this picture, saved last year, the origin of which I've forgotten.

I  roasted a pumpkin, brushed with olive oil, for an hour (it was still slightly firm, so could have gone another 15 min.) and we had it with butter and blue cheese that night as a side.  The next night, all the  required ingredients were available, stock, chicken and pumpkin. The lemongrass was dug up from my garden. 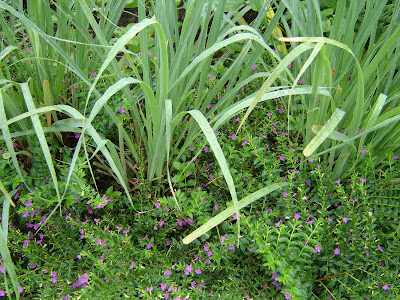 As a side note, of which I'm quite proud, the seeds, separated out from the fiber, without too much trouble, dumped into a roasting pan with 2 tablespoons of butter and some seasoned BBQ salt, were stirred around,  then roasted at 400F for about a half hour, stirring several times.  I can't figure out why recipes tell you to wash them first??  I mean, what exactly is on those seeds anyway?  They've been enclosed inside a pumpkin, with a bit of pumpkin juice on them, which only adds to the flavor when caramelized with butter.  A very nice snack and too easy as well. 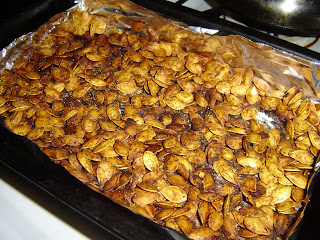 
So, the next thing, after the various elements (chemistry term) are gathered together, is to bring the stock to a boil in your soup pot, then reduce it to simmering.   I added my chicken in at this point to soften a bit more, then removed and shredded the meat before adding it back in.  Meanwhile, melt the butter in a medium pan, add the cubed (cooked) pumpkin and stir in the cumin and wattleseed powder (if desired -  I just bought some online, and am trying it out in various dishes  - an experiment). Cook til lightly caramelized, then remove and set aside. 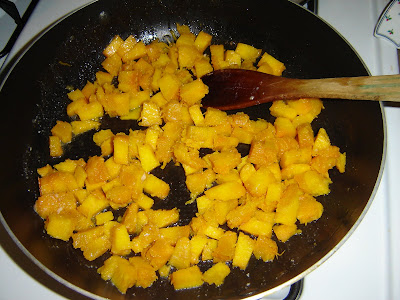 Heat the olive oil in your pan, then toss in the onion and zucchini, stir fry for a few minutes until the vegetables are softening, then add  the garlic, lemongrass and galangal (or regular ginger).  Cook maybe 5 minutes before putting everything into your simmering chicken stock, including the pumpkin.  Simmer 30 minutes or so to give all the flavors a chance to merge.  Add ground black pepper and additional salt to taste.  Garnish with shreds of Lemon basil. 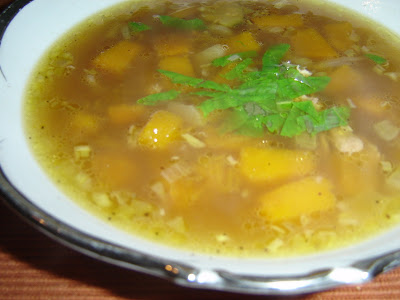 I believe this could be called a Thai Pacific Fusion dish.  We all really enjoyed the flavor combination, pungent, yet not overpowering, umami, spicy and rich, as I did not remove the chicken fat.  There wasn't all that much.  So, take as much off your stock as you want.  I think a little adds flavor and the unctious element. 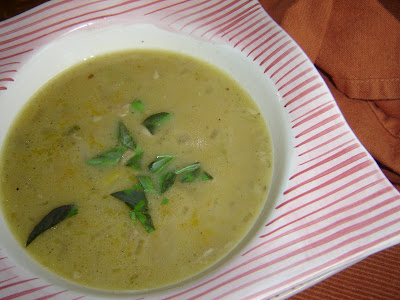 But, the next day, as a further experiment, the flavors having melded even more, I did remove fat from the top, and going with the Asian theme, stirred in about 3/4 cup coconut milk (one of those small cans) . So, ended up with fat after all.  But, the taste was just that added element up the scale of goodness. The only thing I'd possibly add would be turmeric when stir frying the vegetables, just for the color.  Not to mention health benefits.... Also, hindsight being what it is, I would definitely add more lemongrass. It combines well with the chicken and pumpkin, just needs to be more assertive.  Next time I'd add 2 or more tablespoons of the minced white lemongrass bottoms.  And, there will be a next time.

When I was little, I used to eat many pumpkin seeds. They are readily salted and sold in plastics in Indonesia. Good snacks and it was fun with the children too. Lovely entry, Claudia.

Thanks Arfi. I've bought pumpkin seeds in the past, but shelled, of course. Always thought it would be too much trouble to use the ones in a pumpkin, and it would be, if you shelled them all, but roasted the shells get crispy and easier to chew.

looks fantastic - love the way you did the seeds, too

Mmmm yes the seeds were good, no need to rinse them.