The Bee's Kiss and Madeira Cake with Passion Fruit Glaze 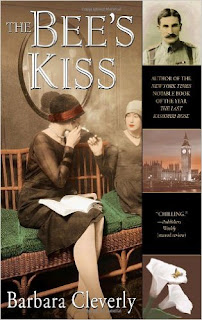 This seems to be the season for slightly shady or shall we say perversely themed novels on my shelf.  The Frida thing done, I picked up The Bee's Kiss, by Barbara Cleverly, another in her Joe Sandilands mystery series.  I've enjoyed them so far, and am reading the books in order, this being her 5th in the series. The year is 1926 and Joe is back in London after a number of cases had kept the Commander in India.

A prominent, aristocratic feminist leader, Dame Beatrice, with high up connections, who turns out not not to be entirely what she seems, is bludgeoned to death in her suite at the Ritz.  Often mysteries will have a really unsympathetic and despicable character murdered at the start, and I am privately cheering.  This is definitely one of those.  Still the crime must be solved, the backstory discovered, and that is where we readers get involved and interested in the motives and whodunit.   Of course, this one does get resolved, not quite as we would expect, with all the internal betrayal, and upper level corruption going on, but still with unexpected twists and turns, solved in the end.


An enjoyable addition to the Sandilands collection.  Hopefully she'll send him back to India next, where the setting was a bit more unique and colorful. Right at the end of this one, Joe is resting up at his sister's Surrey country house, and is joined by my favorite character in the novel, Dorcas a 14 year old, delightful, precocious and intelligent young niece of the victim.


"'Lydia's asked me to bring you a tea tray, Joe,' said Dorcas, waking him from a blessed snooze in the sunshine on the lawn.  'You've hot Assam and scones and jam.  We're finishing up last year's strawberry so you can have lots.  And I made the Madeira cake.'" 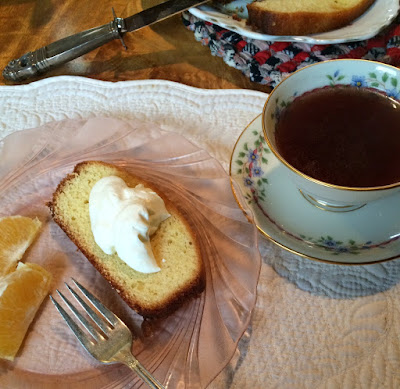 And so I did.  That was my inspiration to actually bake a cake, as it had been quite awhile, and never a Madeira.  I mistakenly thought there would be Madeira wine drizzled over or soaked in, but no, this quintessential British cake was instead named after the wine, a Portuguese brew from the islands, which was popular in England at the time, and often served with this cake.  So, to be served with wine, coffee, cocoa or tea.  Sounded good.

Actually I was in the midst of racking a batch of wine while making this cake.  Jaboticaba, a beautiful crimson, grape like fruit.  Too early yet to have with anything however.  The BBC recipe calls for preserved citrus on top, but I thought a glaze of citrusy, lovely passion fruit would serve nicely.  And, it does. 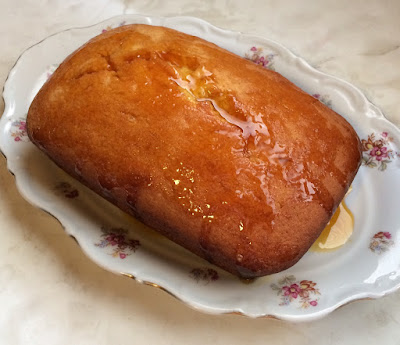 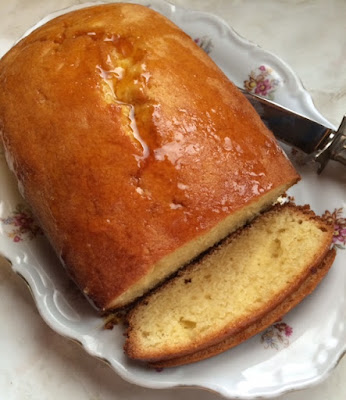 All the folks visiting Beth Fish Reads for Weekend Cooking can have some too!!  Not a difficult project if you're in the mood for cake. Come over for some delightful cooking ideas, or post and join in, anything food related.

thank you for this lovely post and wonderful recipe. I have heard of this book and you have now sold me on it. The thought of passion fruit glaze sounds scrumptious.

Ha! I too was looking for the Madeira in the cake or glaze! This sounds like the perfect treat for afternoon tea or for dessert with wine (Madeira?) or coffee. I'll be over soon!

Yum! I'll be right over. Love the sound of that passion fruit glaze. Nice change from the usual lemon. I, too, thought there was Madeira wine in the cake.

Not familiar with this particular mystery series but your wonderful commentary has me intrigued. Shall I pour you another cup of tea? Thanks!

I'd never heard of this book series before but happy you brought it to my attention. Thanks for your very nice comment on my blog about the eggplant 😉

Madeira cake was featured on an episode of the Great British Baking Show, but when I looked for recipes they all called for caster sugar, so I made a chocolate cake instead. Your recipe also requires this extra-fine sugar, which several of the instructions said was essential. Your passion fruit instead of citrus is a very appealing choice for the glaze!

Mae, I haven't found it makes a difference if you're creaming it with butter, not putting through a sieve. At any rate it's very easy to convert by grinding in a mini-processor for a couple minutes.

Have some Madeira me dear! Have a great week. Cheers from Carole's Chatter

I'm not a fan of passionfruit so would give the glaze a mix but the cake with a nice cup of tea would be delicious.

I read The Bee's Kiss a couple of years ago in a "bee" tribute month to my mom who was recently deceased. It was my first Sandilands and to say that I enjoyed it is a huge understatement. Last month I finally got back to the series and read #1.