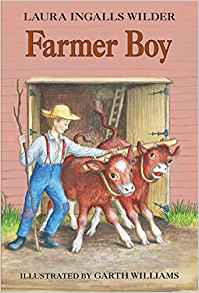 Our latest Cook the Books Club selection was Farmer Boy by Laura Ingalls Wilder, her charming, somewhat bucolic, and idealized novel of early American farm life, as seen through the eyes of a young boy. Mostly biographical, as it was based upon her husband's upbringing in upstate New York.

I enjoyed the story, with all of the homegrown vegetables, grains, and meat, the home cooking, preserving of food, weaving, spinning, and their whole life of self reliance and  living on and from the land.  Even using the straw for hats, leather for shoes, etc.  Talk about going back to the land.  We have come so far from that sort of life. Refreshing to read about.

Even the "bad boys" at school get their comeuppance.  This is definitely not a dysfunctional family.  Though of course we know there were lots of those at that time as well as in our own.  She spared her young readers, many of whom likely wished themselves on the little house planet.


Our Farmer Boy certainly packed the food away. Their whole family had plenty to eat, a surplus, which more than lasted them through the winter months.  So many good things were mentioned, among which was Bird's Nest Pudding, something I'd never heard of, even though it is an old time American dish. Also called Crow's Nest Pudding, it featured in an early White House cookbook, as well as the Little House Cookbook, and was served variously with sweetened cream, a tart sauce or maple sugar.  You can tell where this is going.  My choice of inspired from the book cooking.  What we do at Cook the Books - make something inspired by our reading selection. 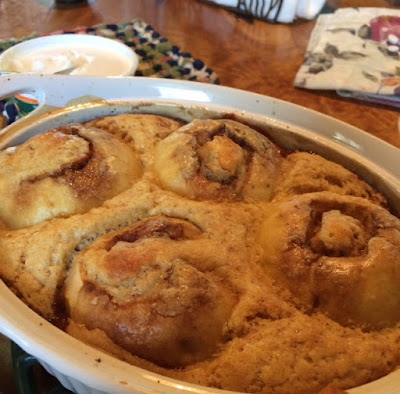 I served it with sour cream, which was a nice complement to the sweetness of the apples, laced with sugar as they were.  In my case palm sugar.  Really delicious.  Even my husband was taking pictures for his Facebook friends. 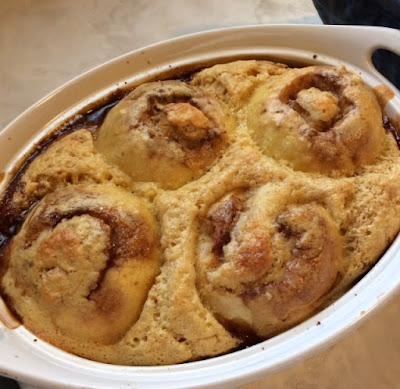 Another nice thing, you can use as many apples as you have people to serve.  Just increasing the custard amount and size of dish. One apple with some pudding crust is enough for each serving. I used the amount in the recipe here, the only changes being to 4 apples and 1/2 cup sugar.  So, vary it as you wish. 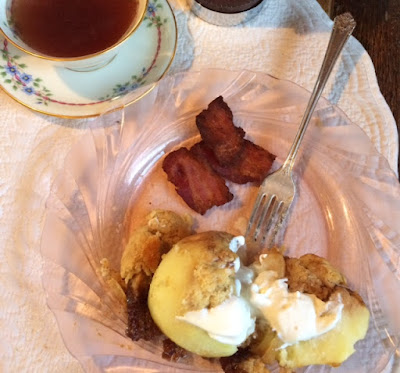 This made a great Sunday breakfast with a side of bacon.  For us, a bit too much for a dessert, which we usually skip anyway, aside from a bit of chocolate for me. :)  Be sure to visit Cook the Books and check out everyone's cooking inspiration.  Or read before Sept. 30th and join in.  Linked also to the September Foodies Read Challenge and Beth Fish Reads for her Weekend Cooking.

Your Bird's Nest Pudding looks amazing. I adore anything with apples already but this looks so homey and delicious. Yum! I'd be happy with it for breakfast or dessert. ;-)

Oh I love this. I'm a huge fan of the Little House books. In fact, I'm currently listening to Caroline -- which is the story told from Ma's point of view. This pudding *does* look amazing.

A new dish to me! Have a great week. Cheers from Carole's Chatter

This is my kind of dessert- anything with apples. Looks absolutely delcious

I was unsure what this was as well, along with the rye 'n injun pudding. I totally forgot there was a Little House cookbook but I just winged it on my recipe. This looks very delicious and I like your use of the sour cream. Can't wait to see everyone else's.

This dish is new to me as well - it looks delicious! I am sure my mother read this to us out loud, but I don't recall anything about it (or most details from the Little House books, to be honest!). I'll have to reread someday...

Oh my gosh. I missed the reference to this dish in the book. I had never heard of it as well, but now that I have and you have shared this amazing recipe, I cannot wait to try it.

I had no idea that that was what a birds nest pudding was! The thing that really struck me on my re-read this time was just how much work even a pretty prosperous middle-class family had to do.

So glad you chose this recipe, Claudia: your rendition looks great! I googled the name to see what it was.

Love this! I was so close to making Bird Nest Pudding and then I ran out of time! Your recipe looks amazing and I will definitely have to try it!

I read my first Little House Book 50 years ago and I used to dream about bird's nest pudding ;) Needless to say, I've tried most of the recipes in the Little House cookbook but I love to read other viewpoints / comments.